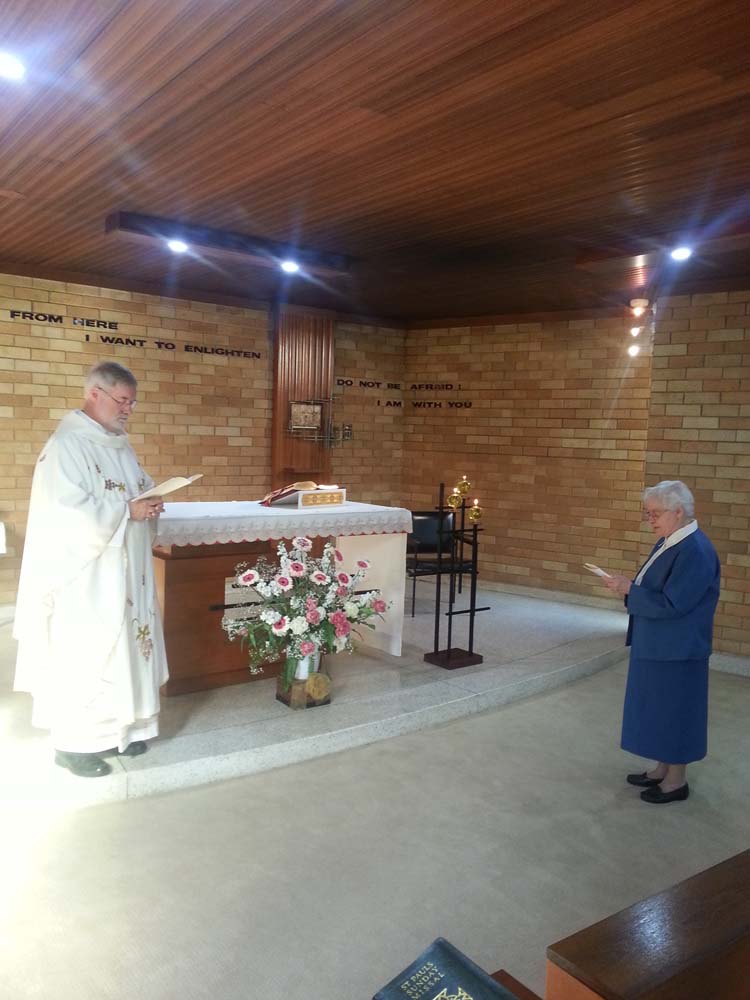 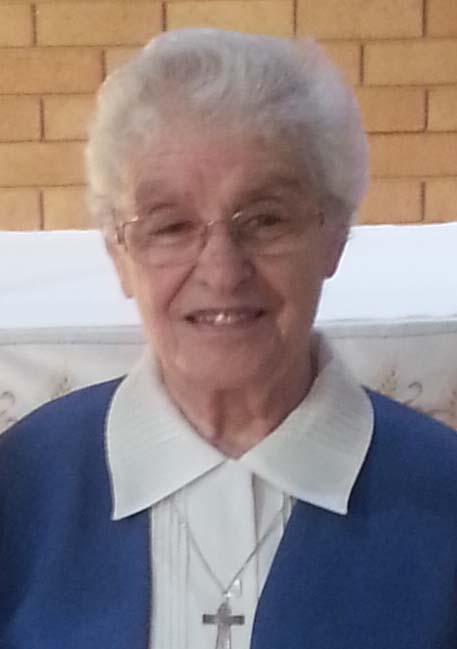 On the 8th of April the sisters of the Australian Delegation had the joy of celebrating the 60th Anniversary of Sr. M. Bernadette  Abdilla’s  60th Anniversary of Religious Profession. The Eucharistic Celebration was presided by Fr. Michael Goonan SSP. All the sisters helped to make Sr. M Bernadette’s  special day a memorable occasion. The chapel was adorned with beautiful flowers, joyful hymns of praise enhanced the ceremony in which Sr Bernadette renewed her Religious Vows with much fervour. A delicious festive meal was enjoyed by all the sisters.

Sr. M. Bernadette is part of the Pioneer group of sisters who together with Mother M. Annunciata first established the congregation of the Sister Disciples of the Divine Master in Australia. The early years were lived in great poverty and the sisters made many sacrifices in order to build up the Delegation. However this first little group of  Sister Disciples were always joyfully united and knew how to give without counting the cost whilst always trusting in God’s loving providence.

Sr. M. Bernadette was born in Malta but entered the congregation in Italy where she did her formation and made her first Religious Profession on the 25th March, 1958. She spent a few years in Italy carrying out the Liturgical Apostolate before she was sent to Australia in 1961. Over the years Sr Bernadette has been involved in various ministries,  she served in: the Liturgical Centre which was in the heart of the city of Sydney, for many years; she collaborated with the society of St. Paul in their Publication sector; at present she is ministering at Bethany, a holistic centre where her generous service is greatly appreciated.

We wish Sr. Bernadette every blessing at this time as she celebrates her 60th Anniversary and assure her of our continual sisterly support especially with our prayers before the Eucharistic Lord. 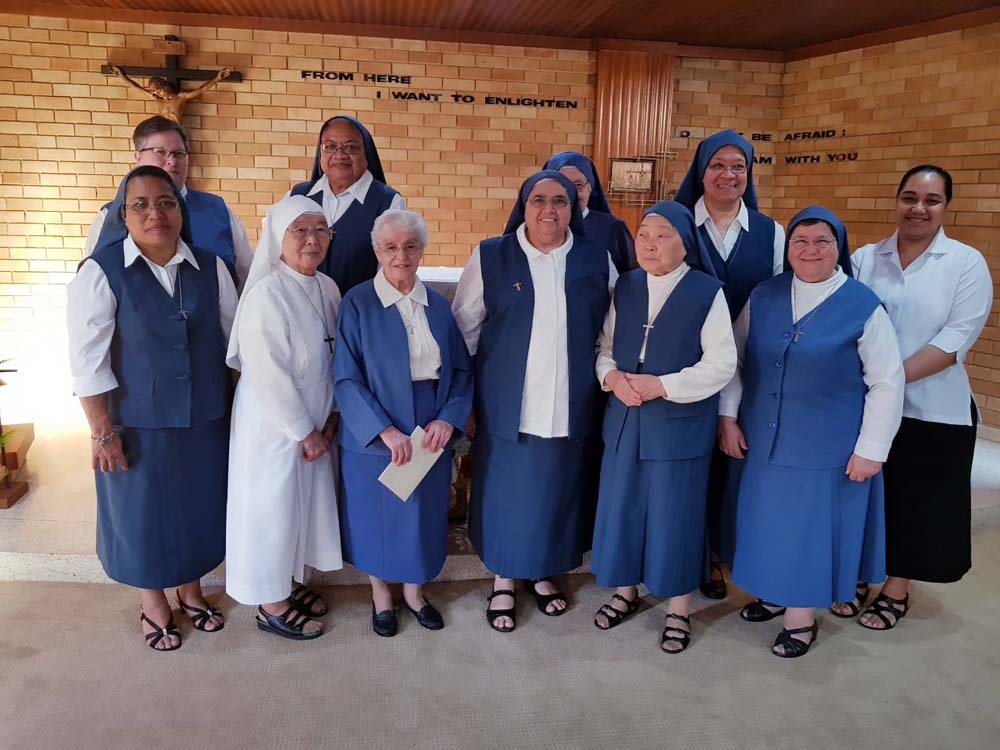 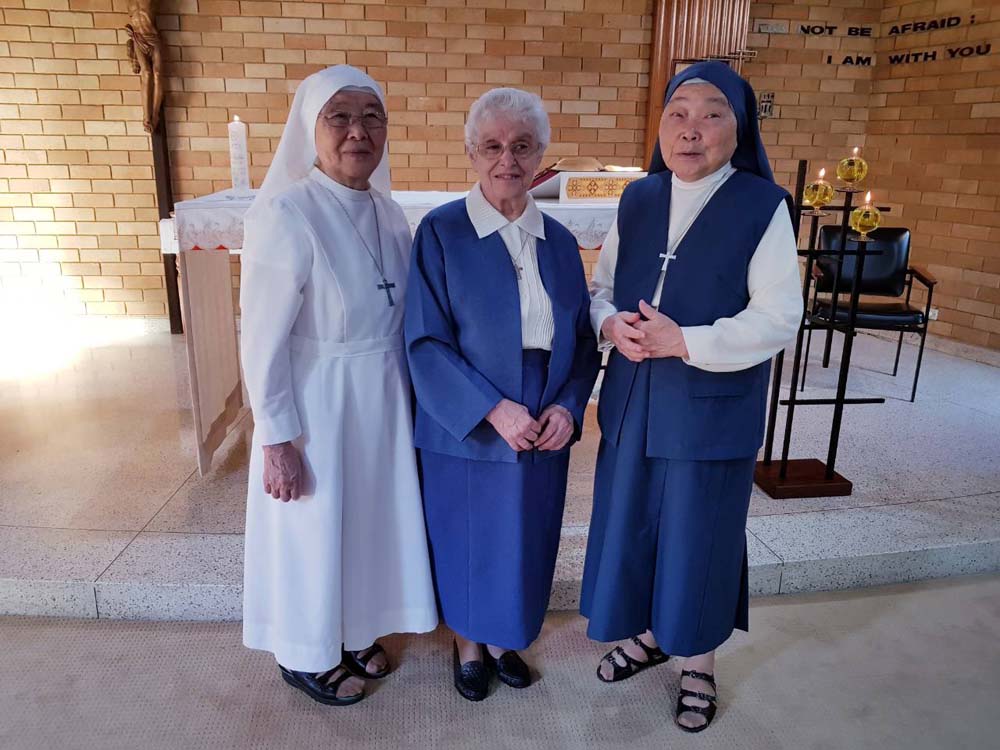 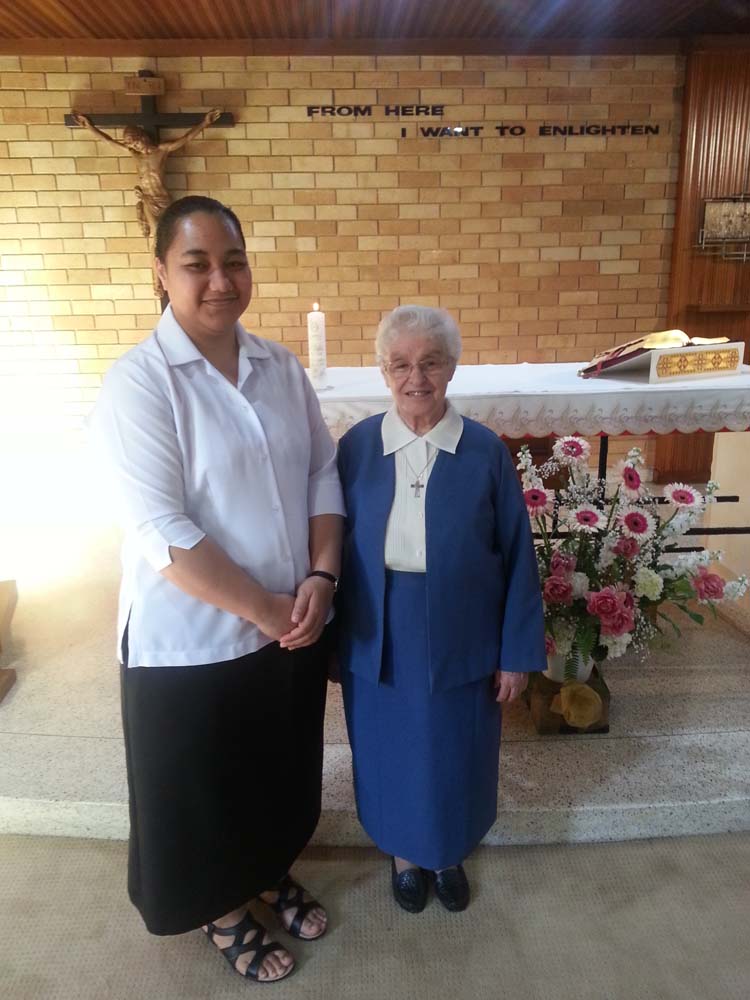 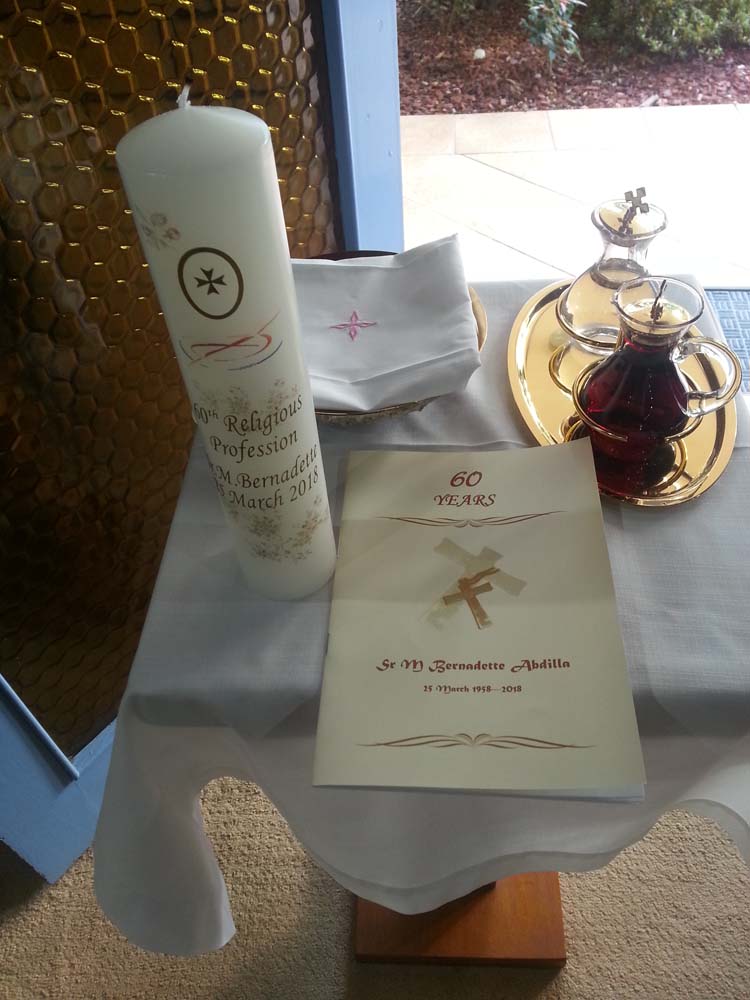 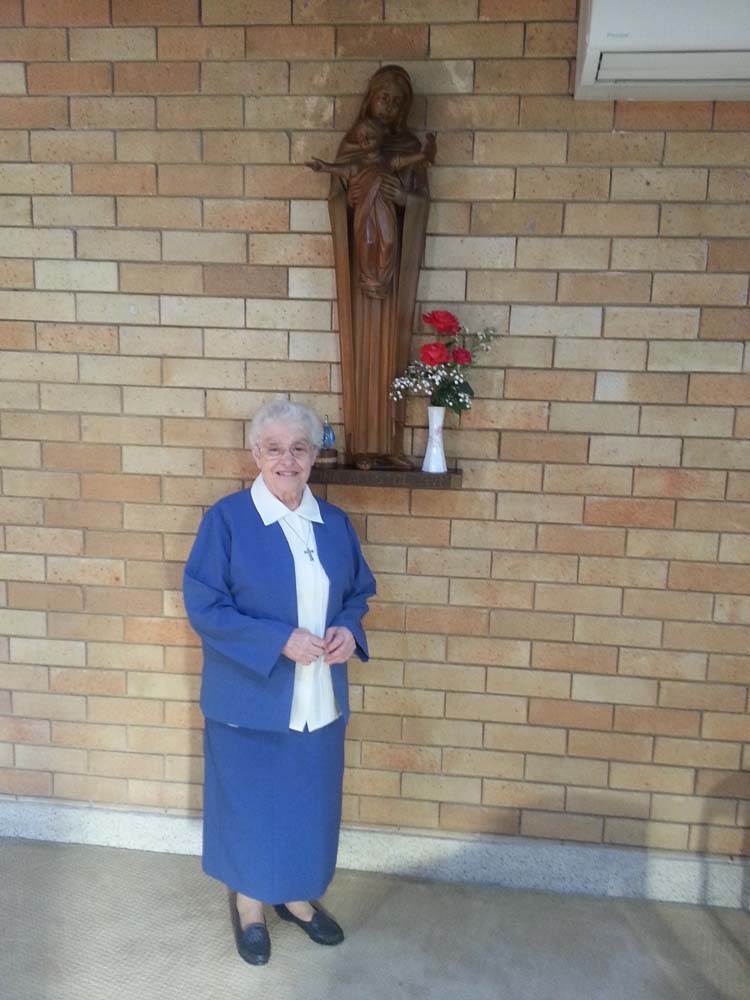